Many people of our congregation either don’t know, have forgotten, have wondered about or have not thought at all about, the symbols present in our church and their meanings. 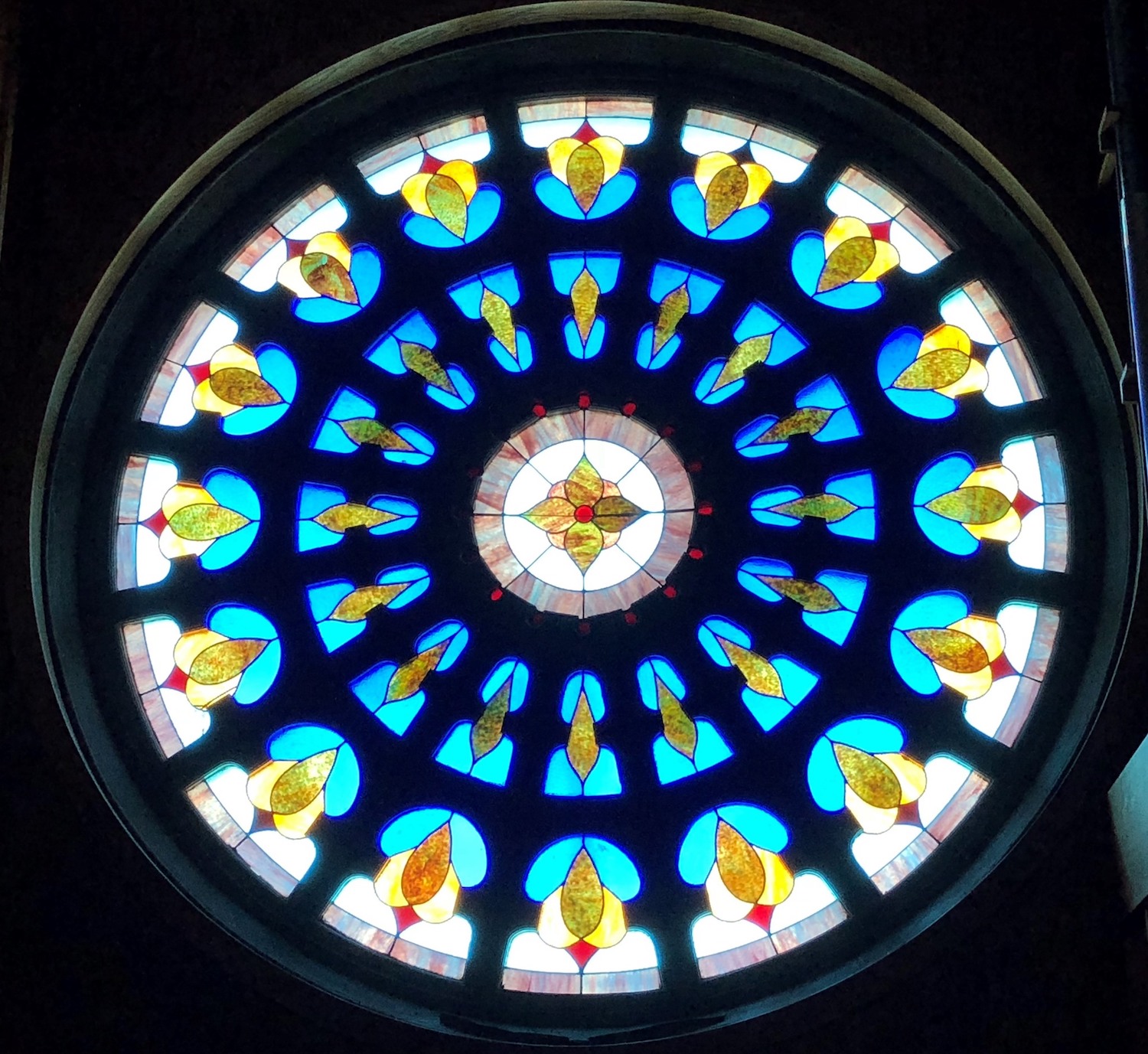 The cross above the altar contains five red stones. These represent the five wounds of Christ on the cross.

The two steps to the altar set apart as a holy place symbolizing the presence of God. The Pastor stands here during the worship service, after the confession and absolution. They are generally not used during concerts or other events.

In the same way, the pulpit is used by ordained pastors for the delivery of sermons in a worship service. Speeches and general announcements are done from the lectern.

The Communion rail is open in the center and does not stretch all the way across the front of church. This symbolizes that all penitent sinners may go directly to God through Christ. The rail is like the temple curtain that tore at Christ’s crucifixion. Christ’s death and resurrection opened the kingdom of heaven to all believers.

The extinguishing of the candles means the end of formal worship. The baptismal font has a dove, the symbol of the Holy Spirit, on the handle. The piece of metal artwork near the font also depicts a dove and is explained in detail on the explanation plaque. The three candles, lit for baptism, symbolize faith in the triune God which is kindled in baptism.

The pews are positioned around the outline of a traditional cross. Many historians believe that Jesus was crucified on a cross in a T shape. When our church is full, we people, the body of Christ, are sitting in the shape of a Tau cross.

There is also a small altar in the Fellowship Center. The statue of Christ on it used to be part of the ornate, old altar used in the church before 1962 addition.

"Now you are Christ's body, and individually members of it."