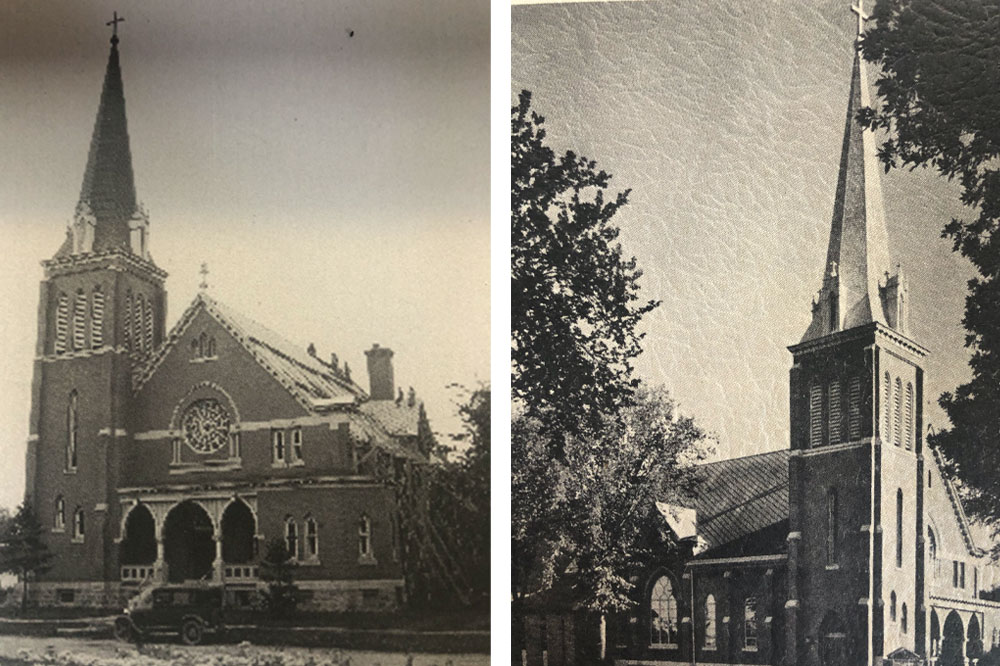 A HISTORICAL LOOK BACK AT FIRST LUTHERAN CHURCH

It began as a group of about nine families of German Lutheran background. In 1880, property was purchased and the first house of worship was completed in 1882. In 1904, a cornerstone was placed and a new “brick” church structure was built.

Part of this construction still serves as part of our present church. Additions and remodels to the church were completed in 1961, 1971, and 2000. First Lutheran’s current membership totals 1929 baptized members.

The Christian Day School began in 1884 with an enrollment of 32 children. The first school building was erected in 1891. In 1934, a new brick school was built with an remodel/addition in 1949. Lower-grade classrooms were also added onto the “church building structure” in 2000.

Jesus said, “Let the little children come to me, and do not hinder them, for the kingdom of heaven belongs to such as these.”